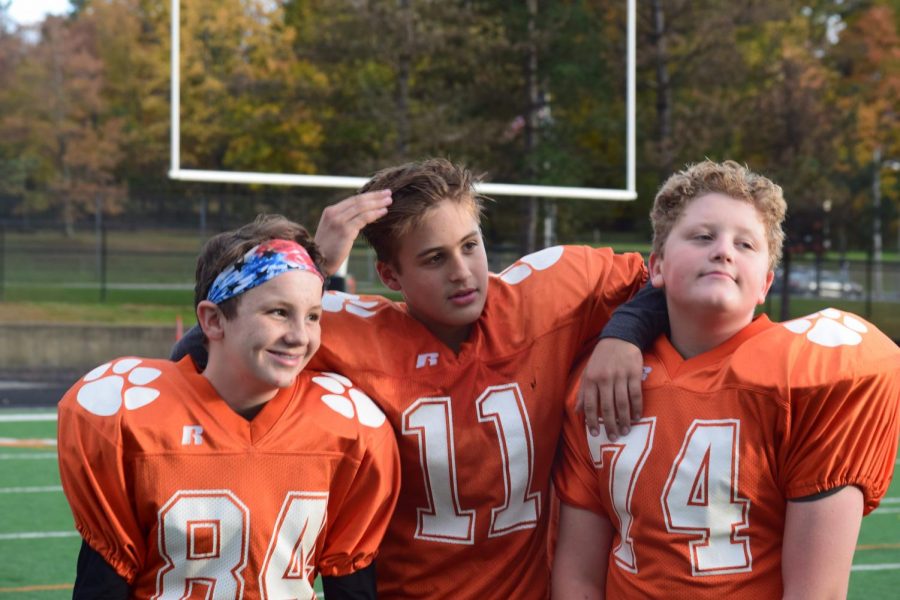 The 7th grade football team ended their exciting year recently. The team started practicing in early August for the first of six games in the season. As time went on, the team learned new ways to be better players and teammates.

For many, this was their first year playing, so some players found it hard to start the season. Although, when players finally found what they were good at and where they belonged, they became excited for the games to come. The Tigers faced many teams that outnumbered them in size, strength, skill, and numbers, but the team fought valiantly throughout every game.

They ended the season going 0-6, but nobody hung their heads. Every player was proud of themselves for facing such challenges and fighting to overcome them.

In an interview with coach Wujnovich, we asked him what he enjoyed most about the season, he replied with, “Seeing the level of athleticism of the kids, some of our running backs and linebackers and they way they were real athletic and strong was exciting. The way we competed against some of the teams, we played some big schools and to see us not quit. So, seeing the process of them going from the beginning of the season to the end of the season was really enjoyable.”

Altogether, the players are hopeful to be a better team next year and to finally win some games.